Connect To Your Inner Flame With Irish Beltaine Jewelry 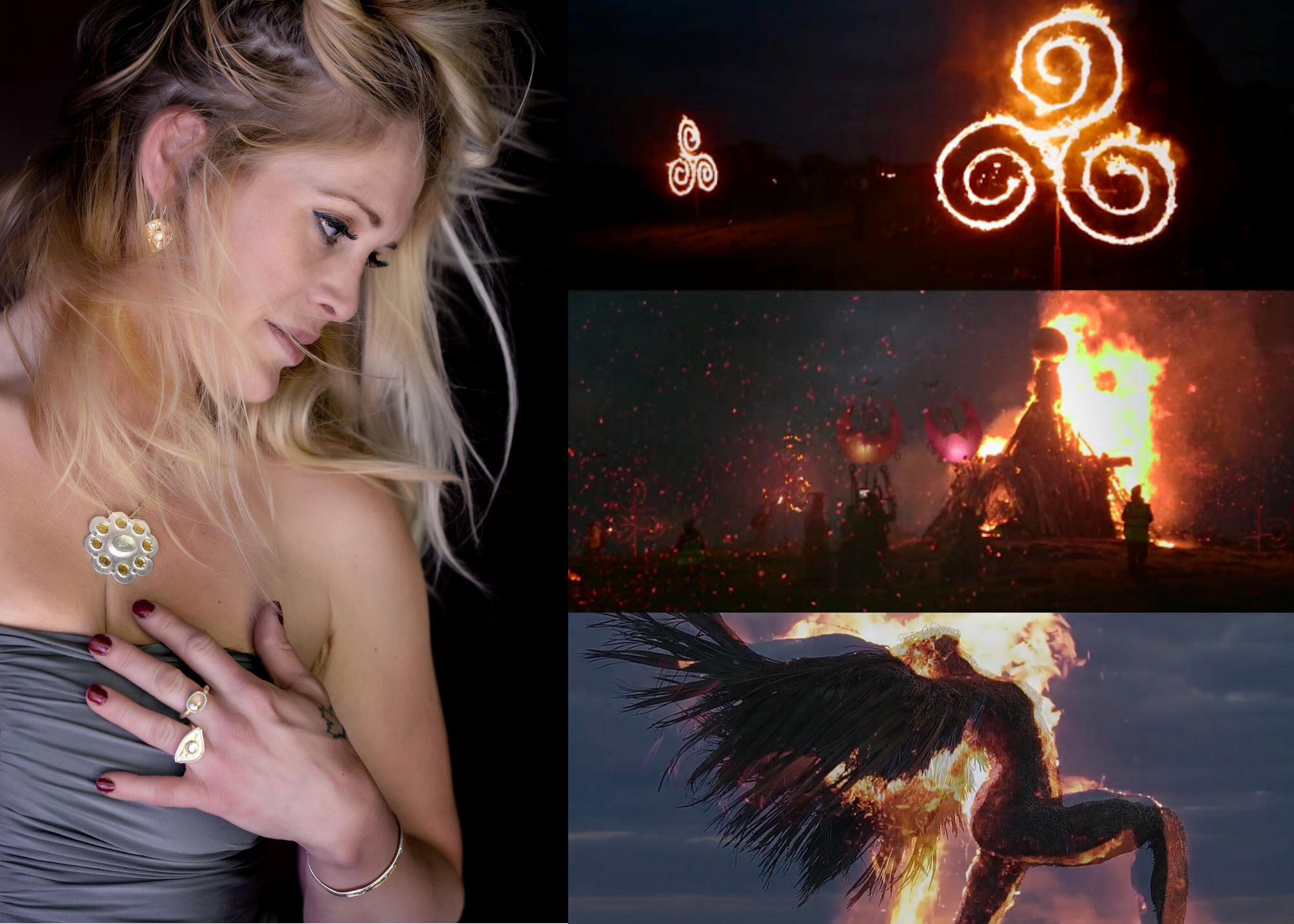 Connect to your inner flame with your very own Irish Beltane jewelry.

The Celtic Festival of ‘Lá Bealtaine‘ or Beltaine marks the beginning of summer in the ancient Celtic calendar.

It occurs each year around May 1, half way between the spring equinox and the summer solstice. The name itself has been anglicized to include the spellings: Beltane, Beltain, Beltaine, Beltine and Beltany.

It has been celebrated in Ireland at the ancient  monuments of Newgrange & Loughcrew which were built 3200-3500BC long before the Celts arrived in Ireland circa 600BC.

It is a fire festival still celebrated to this day in Ireland where people light fires in villages and towns across the country to celebrate the coming of summer and the fertility of the growing season ahead.

In Irish mythology the beginning of summer started with the Fire Festival of Beltaine on May 1. The word Beltaine originates from the Celtic Sun God “Bel” meaning bright and the Irish word teine meaning fire.

Irish mythology tells us that Beltaine was a time to mark growth, progression and a cleansing of the soul.

Celebrate your growth and progression.

Connect to your inner flame with….Beltaine Pendant and Earrings. 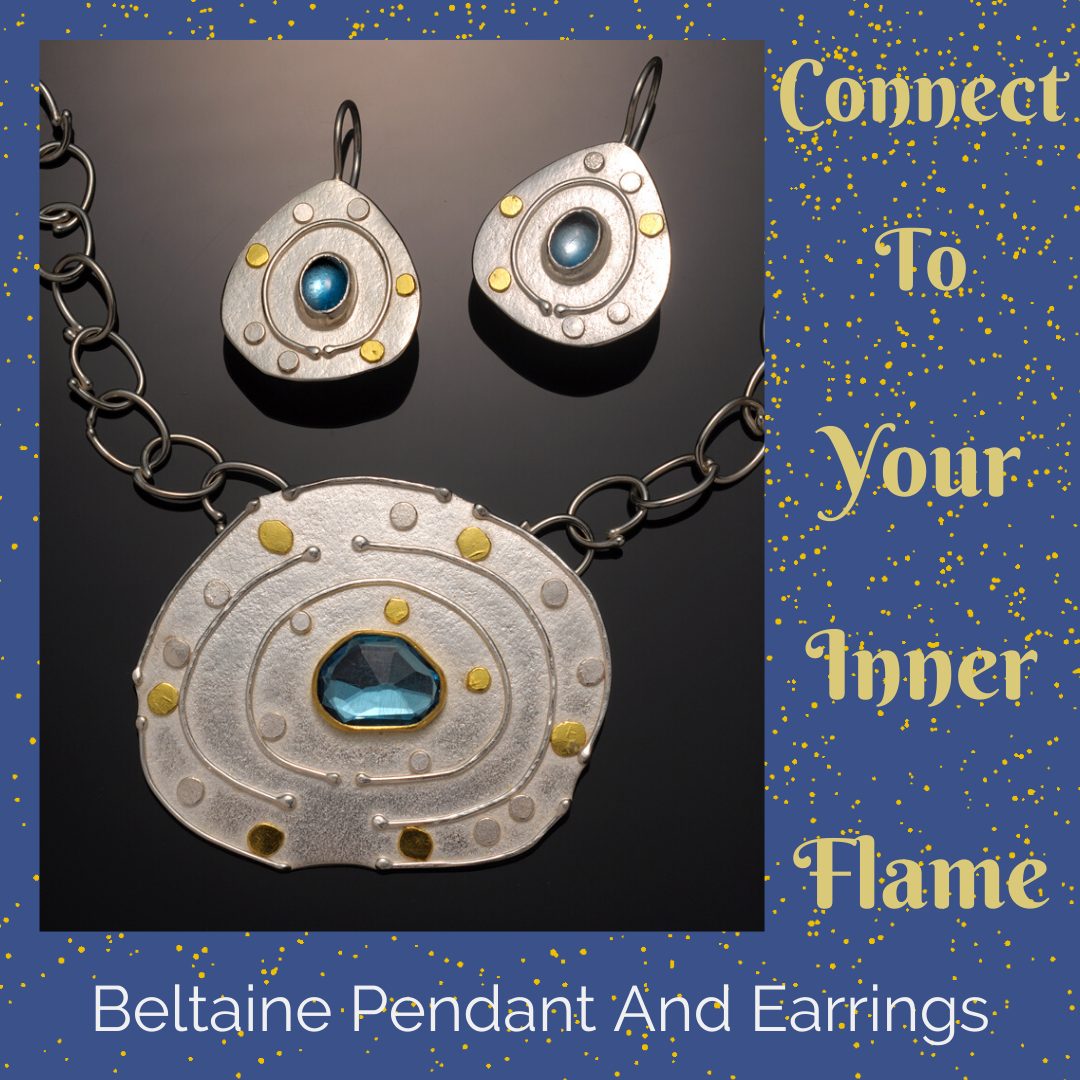 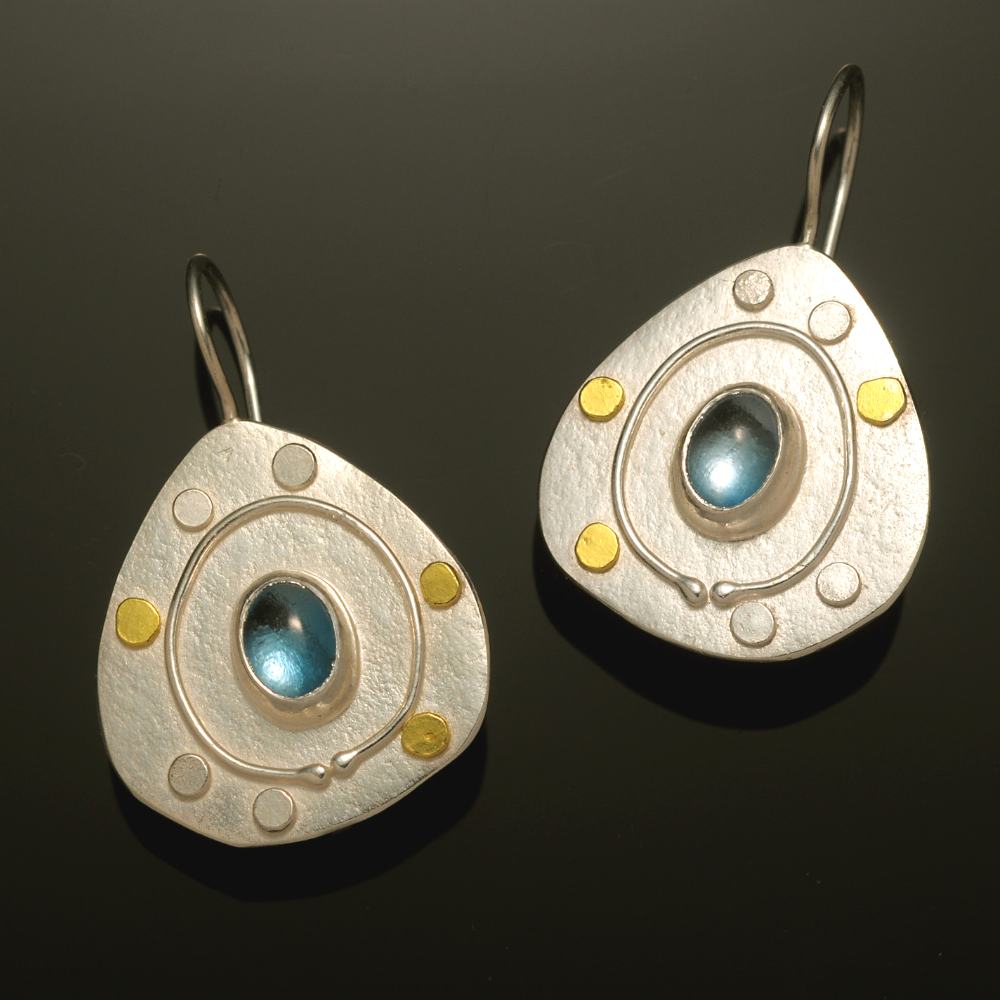 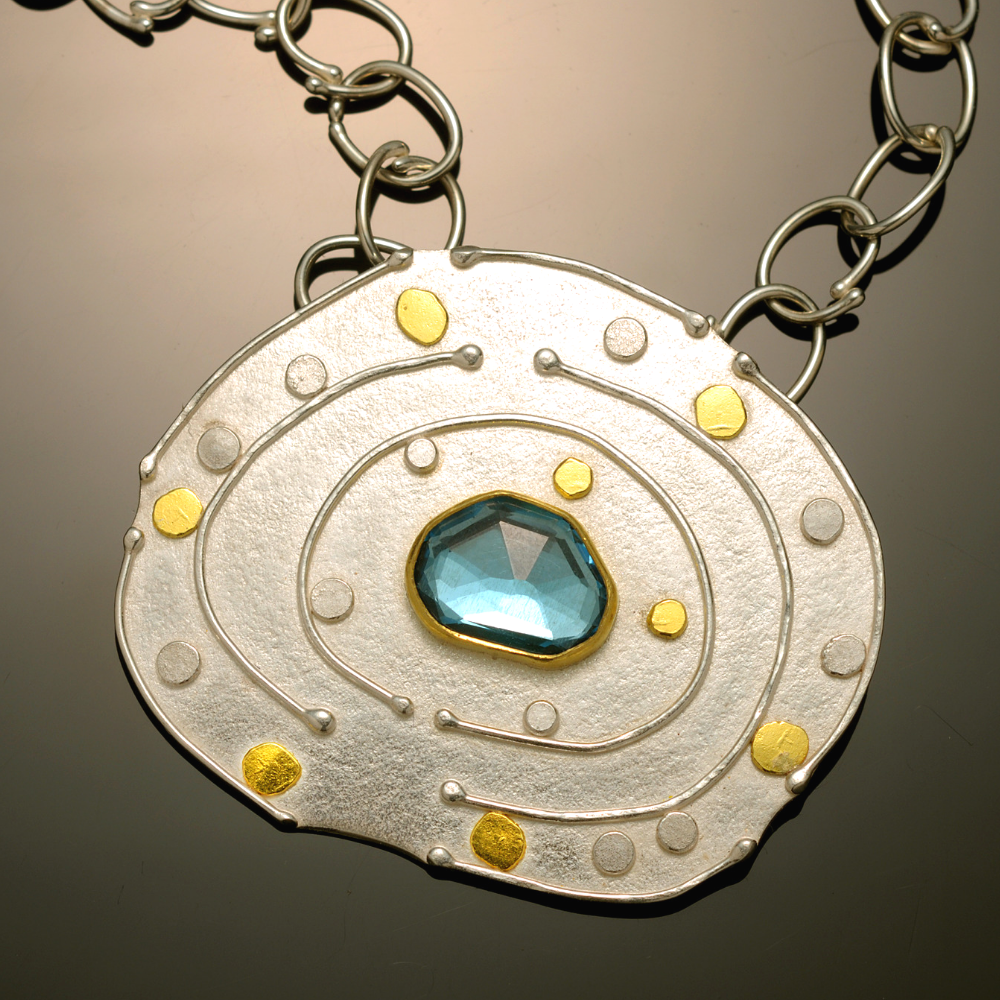 Beltaine traditions involved lighting bonfires to honor the sun and encourage the support of Bel to protect crops, livestock and the community.

The mythological and geographical centre of Ireland, was believed to be The Hill of “Uisneach”, or the Hill of the High Heavens. This ‘hill’ has played a part in almost every significant Irish event.  It is one of the most sacred and historic sanctuaries in the world.

Even though the hill itself is not very high, one can see panoramic views of twenty counties on a clear day.

Uisneach was named after the Sun God Lugh and is believed to be the sacred burial site of Lugh and the Earth Goddess Ériu and the site of an opulent palace.

Because Uisneach was the seat of royalty, it was the location for the first great fire to be lit in Ireland to usher in summer. It was the starting place for the welcoming of summer.

In anticipation, all fires are extinguished the night before Bealtaine and fires are relit starting from Uisneach out to all the sacred places in Ireland, thus creating a “fire eye” which can be seen over much of the land.

The fire rituals symbolize burning up and destroying all harmful influences.

People jump over the Beltaine fires to bring good fortune, abundance of body, mind, spirit and to bring bliss to their lives in the year ahead.

The flame and smoke together are believed to ensure the fertility of the land as well as signifying cleansing the spirit and revitalising the soul. 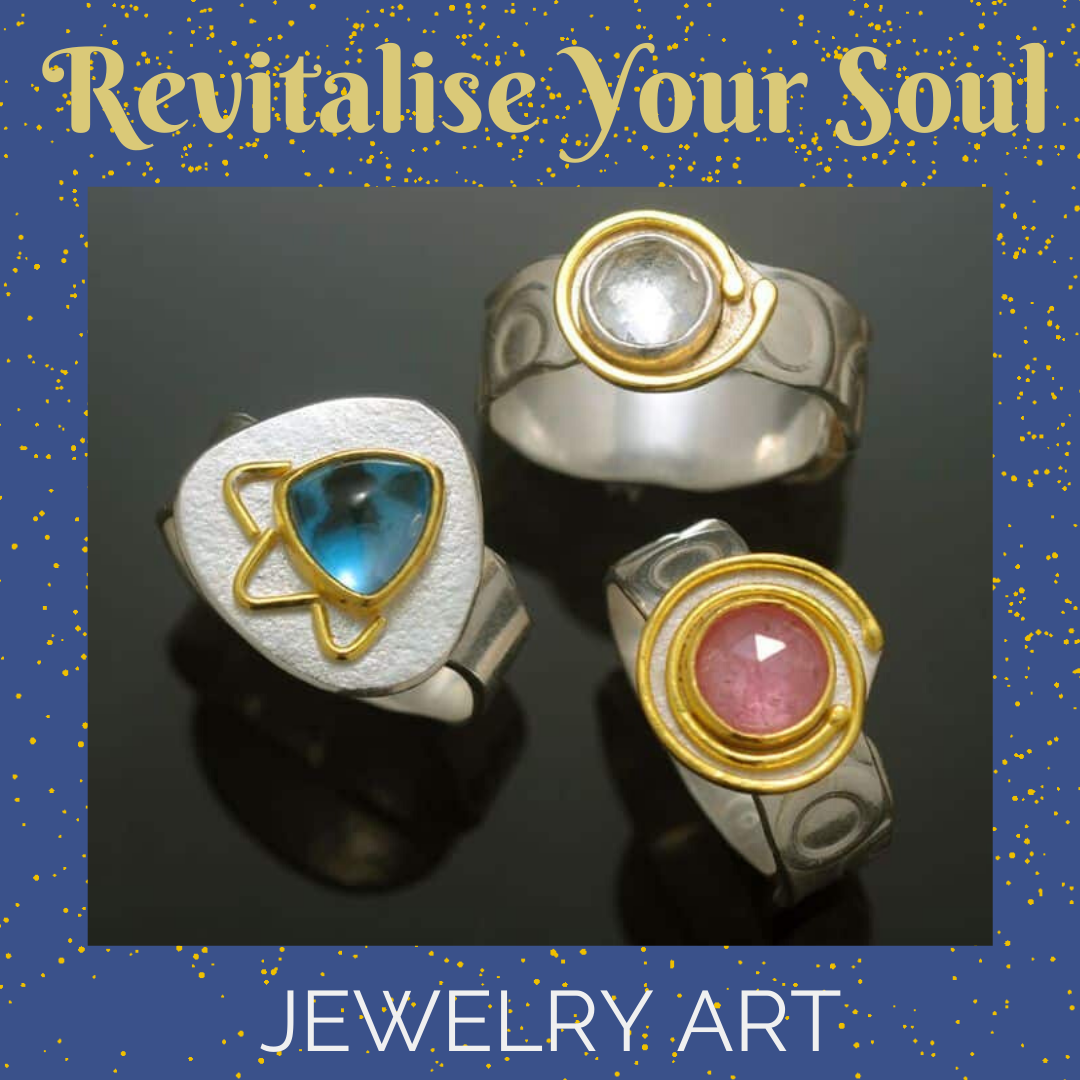 For the ancient Celts, the year was divided into four major sections called cross-quarter days.

The four cross-quarter days occur roughly between the solstices and the equinoxes following the rhythm of the ways people farm.

All of these days have spiritual significance and are celebration fire festivals with music, dance, feasting and craic!

It is believed that during the cross-quarter days the “veil” is thin between the spiritual and earthly worlds and a time when it is simpler to communicate with spirit guides.

There are sacred places such as Newgrange and the Hill of Uisneach, the hill of the high heavens, where the separation between heaven and earth is at it’s thinnest and believed to be a sublime location to connect with the Divine or God.

Connect to the Divine with “Divine Femine” pendant and earrings. 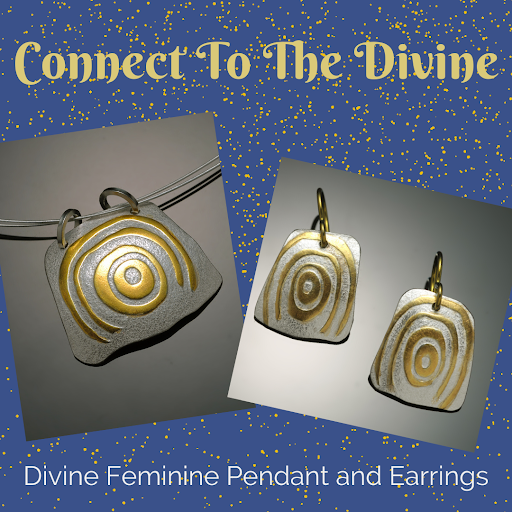 Dreams in Irish mythology occur in these thin places as well as in the otherworld.

Goddess Danu’s children were the fairy people and they lived in the otherworld gaining access through portals. Danu was a goddess of abundance, prosperity and also the “goddess of dreams come true”. 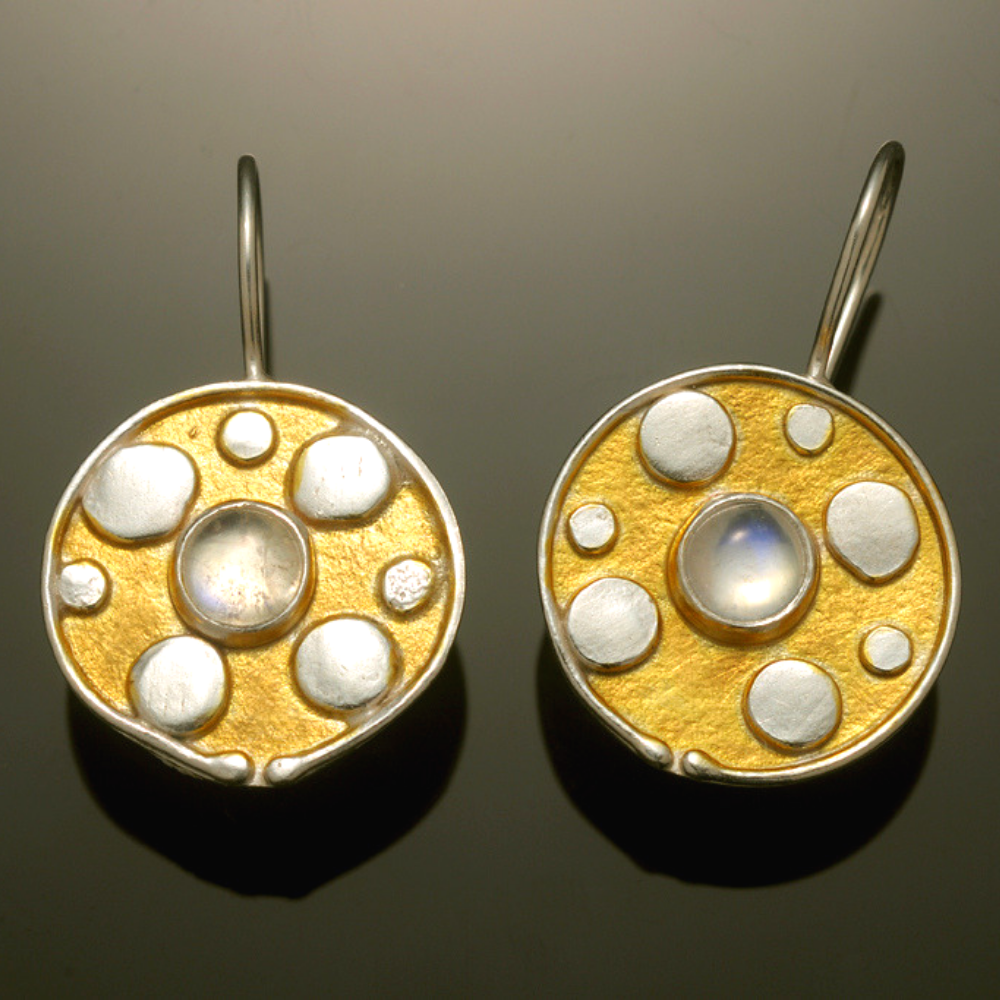 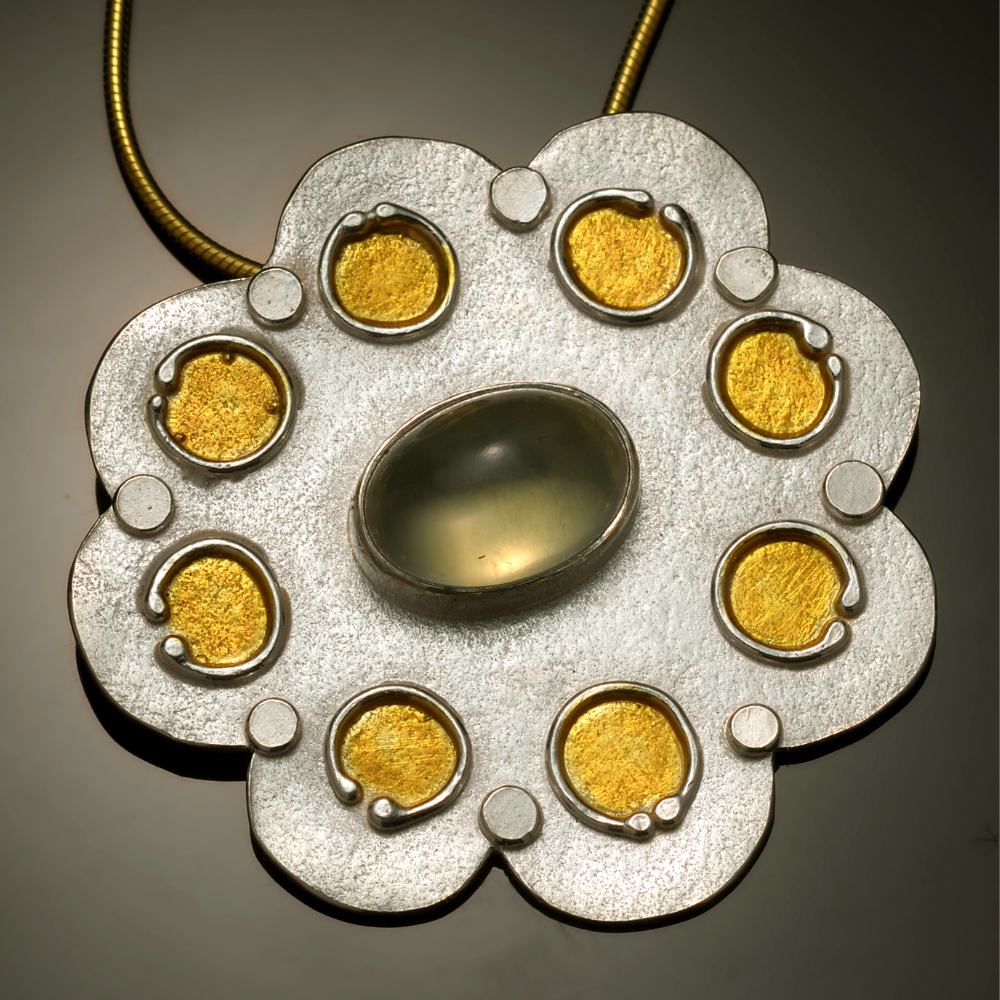 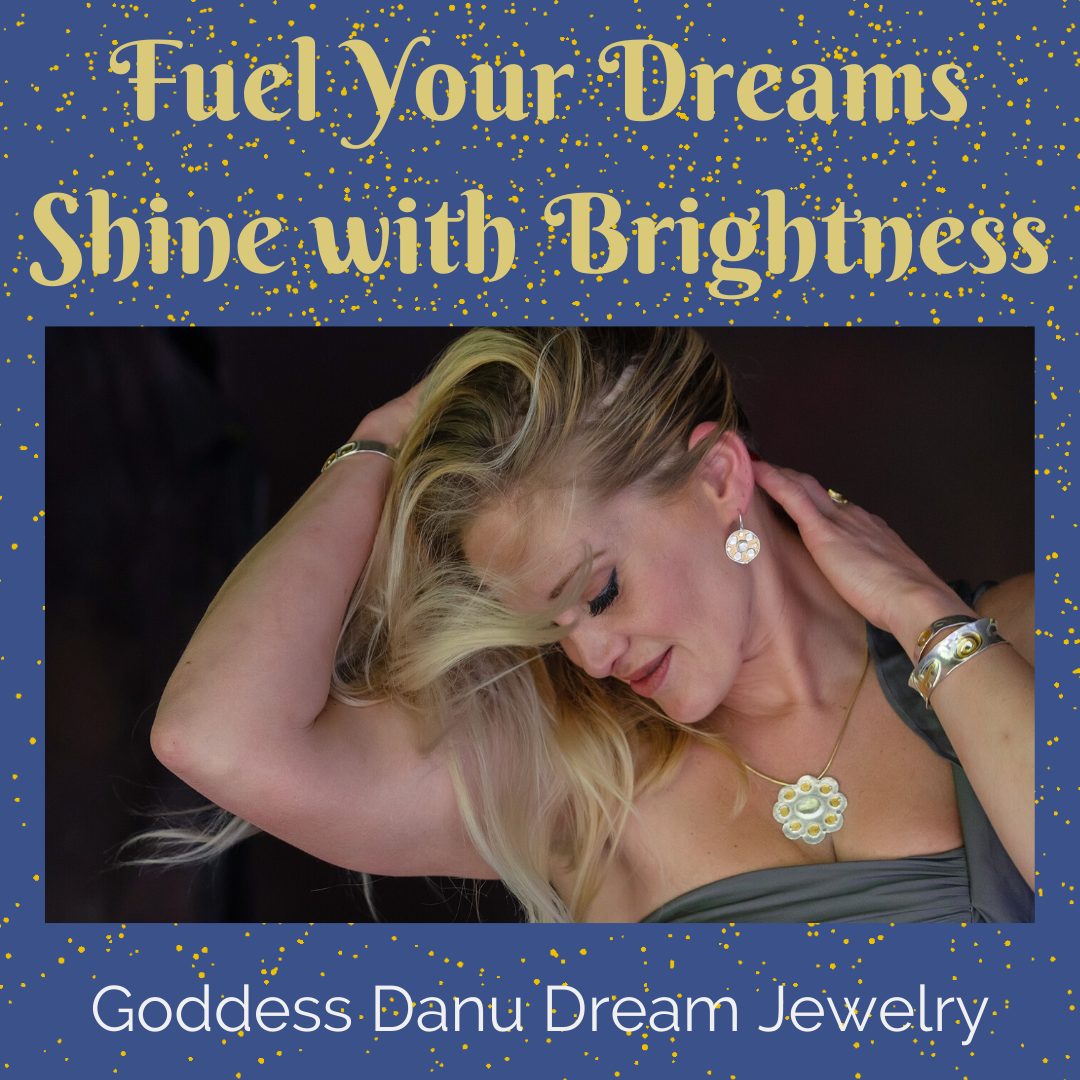 A celebration of life and fertility, Beltaine represents the peak of spring and the beginning of summer.

Nature is reborn and we celebrate the vivid colors and vibrant scents of the season.

Celebrate the fertility of life and all it offers…

Fuel your dreams, creativity and abundance!