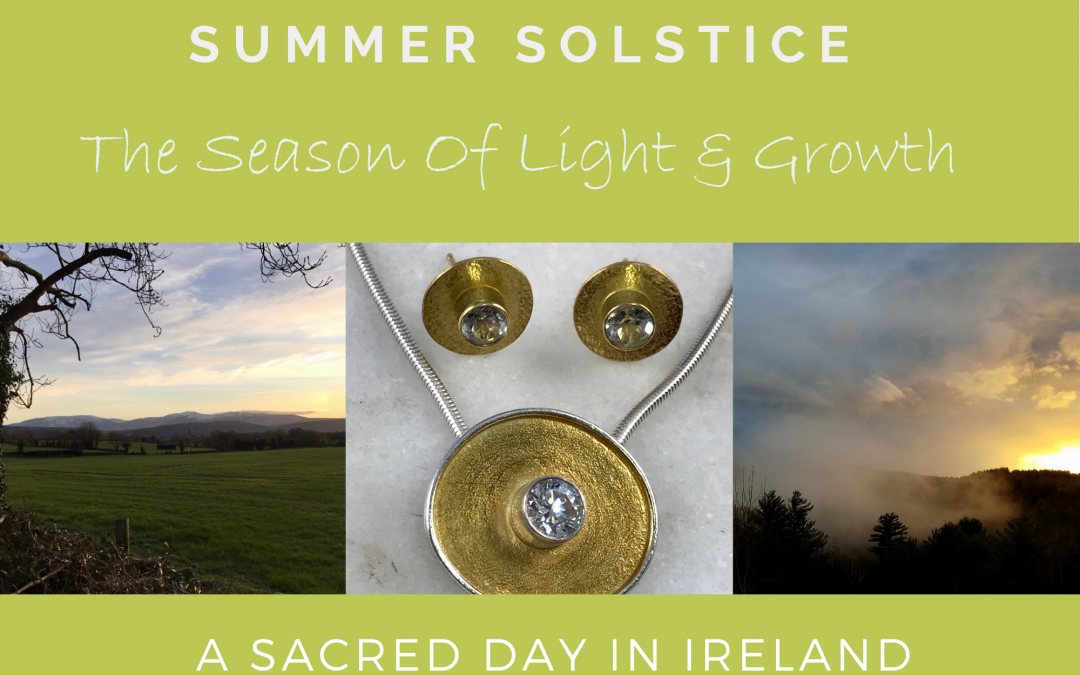 The Season of Light and Growth

Hill of Tara Summer Solstice is a sacred day in Irish culture. The day when the earth is closest to the sun.

Crowds gather on the Hill of Tara in County Meath, Ireland to mark this longest day of the year. The gathering begins the night before sunrise. A tradition for over 6,000 years.

Hill of Tara is also known as the seat of the High Kings of Ireland. It is believed to be a sacred dwelling place of the gods and an entrance to the otherworld of eternal joy. It is also an important archaeological and historical site associated with the Tuatha De Danaan, the pre-Celtic people of Ireland.

Two Milesian brothers divided the land between them and lived in peace for a long time. One brother’s wife wanted the three most lovely hills in Ireland with Tara being one of them. Tara belonged to the other brother. The brothers fought resulting in war leaving one brother sole ruler of Ireland. He was crowned at Hill of Tara marking the beginning of the tradition of the High Kings of Ireland’s coronations at the site.

The king of Ireland was chosen by the Lia Fail, or ‘Stone of Destiny’. According to Irish mythology, this coronation stone was brought to the Hill of Tara by the Tuatha Dé Danann, as one of their sacred objects. It is said to let out a great roar when touched by the rightful king of Tara.

The ‘Stone of Destiny” pendant and earrings inspired by the Hill of Tara.

Wear them to bring eternal joy to your life! 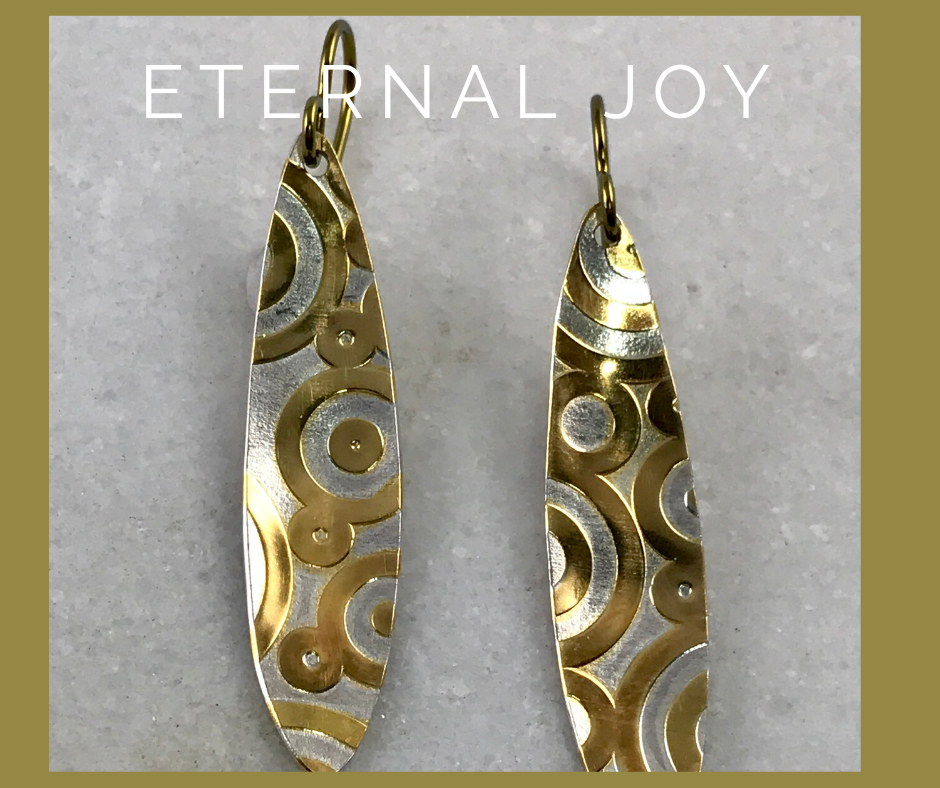 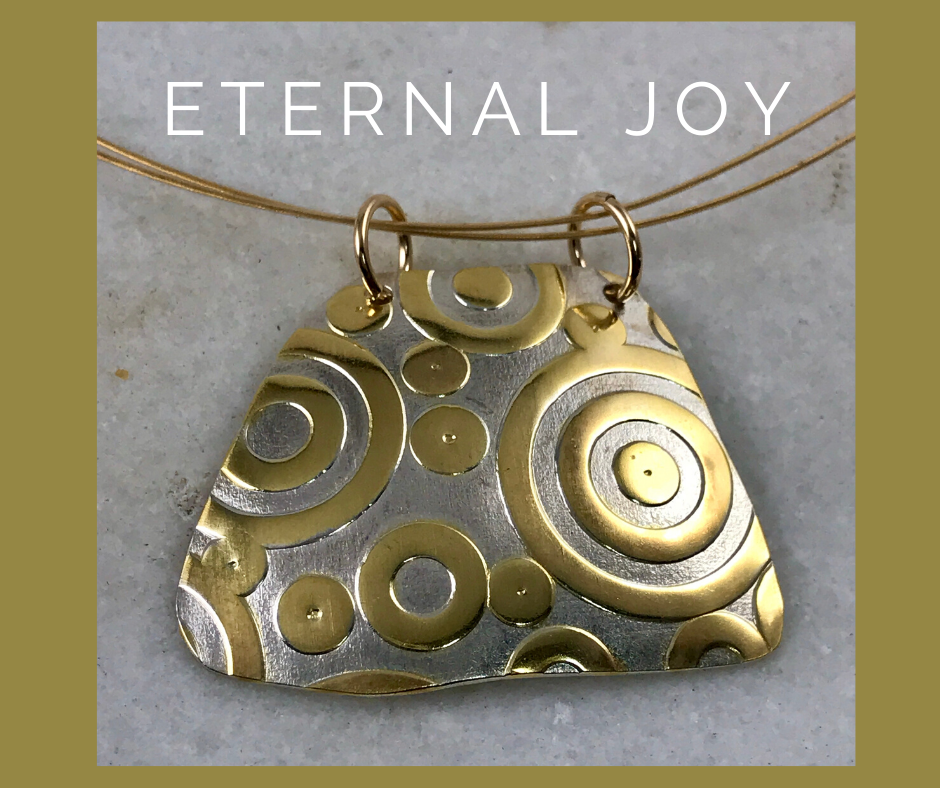 Email Me To Get Your Eternal Joy Earrings & Pendant

The Celtic name for the summer solstice is Alban Hefin, meaning The Light of Summer and The Light of the Shore.

Celtic people have a great respect for places that are ‘in between’ worlds. The seashore is one of those places, where the three realms of Earth, Sea and Sky meet. These types of places are believed to have great power.

Summer solstice is the time of greatest light when the Sun God is crowned by the Goddess as the King of Summer. For Irish people this signifies the turning seasons and the cycle of life, death and rebirth as reflected in the Wheel of the Year.

At Alban Hefin the sun is at its widest point and now the hours of light are as long as they will ever be. It is the longest day and shortest night of the year.

The sun touches the northernmost point along the horizon and is about to embark upon the long journey back south, ending at Alban Arthan, the Winter Solstice, in mid- December. During this time the Celts believed the sun could  banish evil spirits and open up a path towards light and abundance.

Wear the “Solstice Magic”  jewelry  for light and abundance! 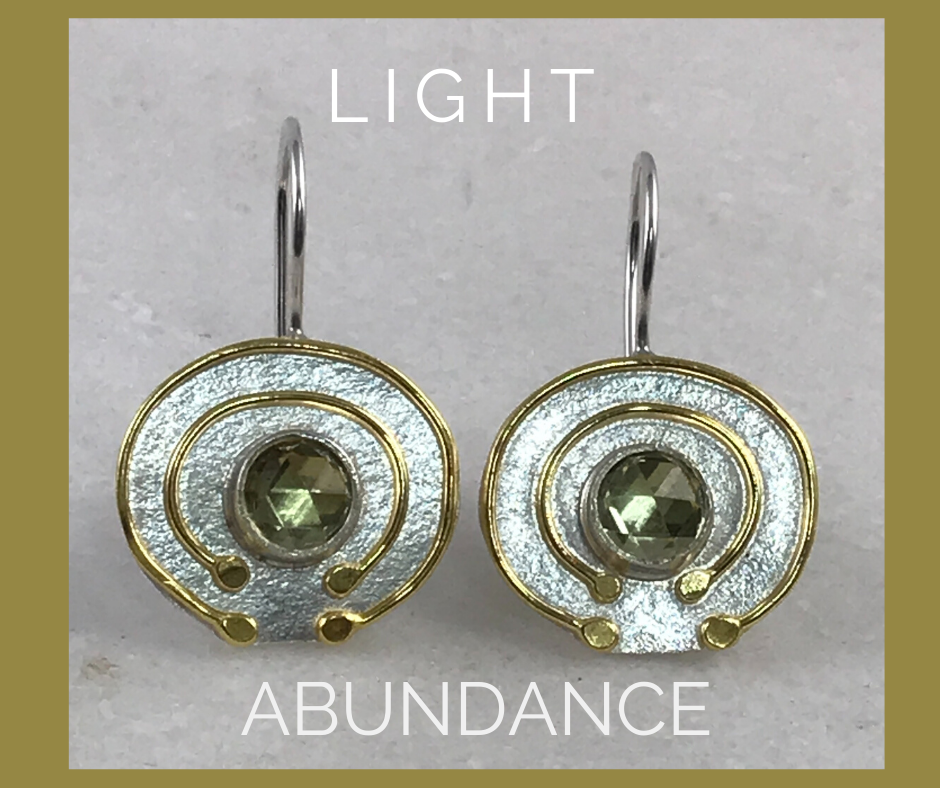 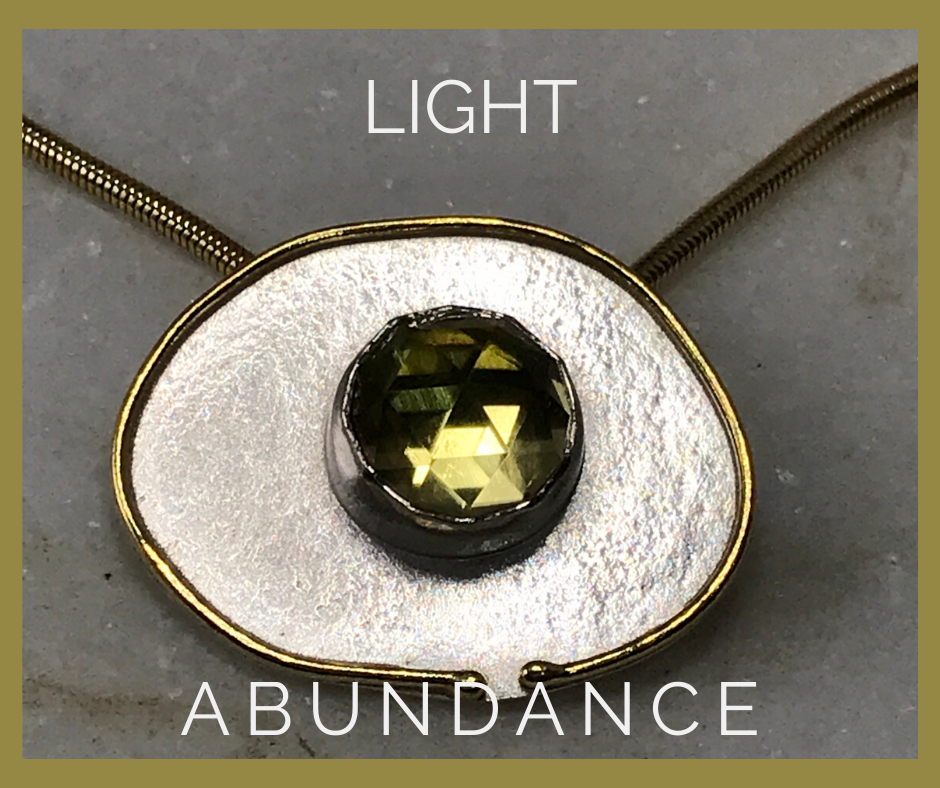 Email Me To Get Your Light & Abundance Earrings & Pendant

The Summer Solstice is one of the three Spirit Nights of the year, the other two being Beltaine (Click Here To Read About My Beltaine Jewelry) and Samhain. Fairies and ghosts are believed visible to those who have the ability to see them.

Historically, this has also been a good time to cull healing herbs. Especially St. John’s wort, the star-shaped flower that was the first herb to be gathered on St. John’s Eve.

It has been renowned throughout Ireland for bringing peace and prosperity to the house, health to the animals and a bountiful harvest. It is placed over the doors of houses and farm buildings for its protective powers.

Reach  peace and  prosperity when you wear the Star Path ring! 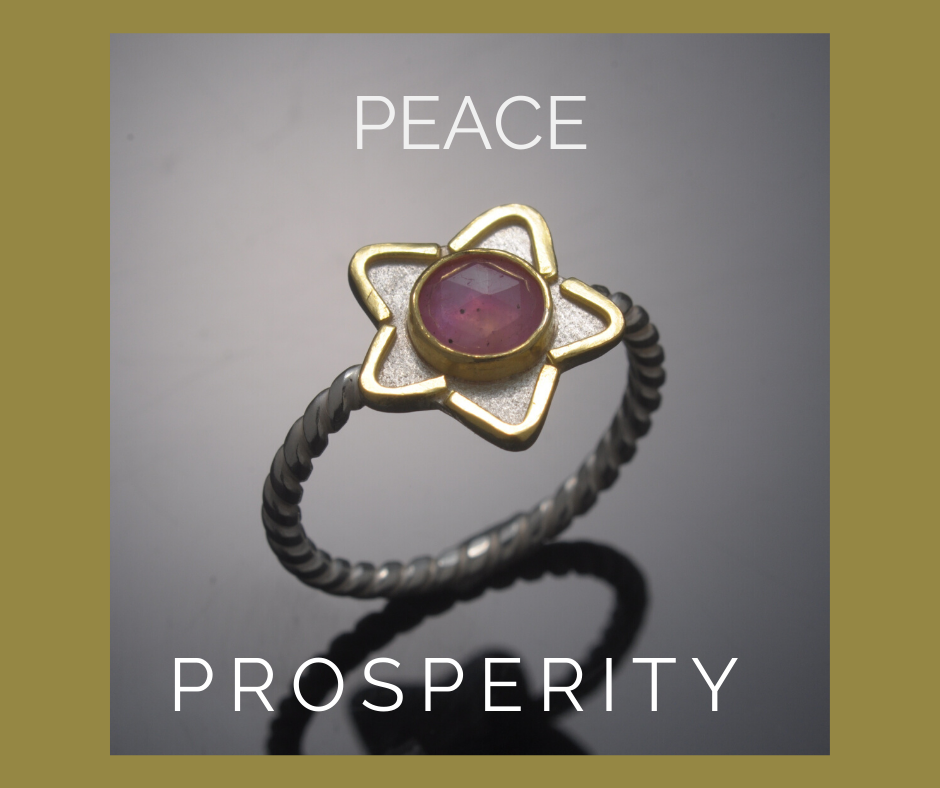 Solstice Magic for the Irish people

Summer solstice is a magical day celebrating the spirit of Ireland. Many believe that as the sun rises on the passage tombs, standing stones and fairy huts, secrets from their ancestors are revealed.

During Celtic pagan times, life was governed by the movements of the sun. Summer solstice represented a time of change, new beginnings and fertility.

The Celts believed the power of the sun’s light could banish any evil spirits that might harm their crops. To help banish evil spirits they would light bonfires on hilltops and in open fields. It was a time to celebrate the sun with singing, dancing and feasting.

It was also customary for lovers to clasp hands and jump over bonfires. This was thought to bring luck to their relationship. The higher the lovers jumped, the higher their crops would grow.

Prayers were offered to the Sun Goddess Grainne, to protect and nurture their crops.

Feel the luck of lover’s who jump the highest with the “Karma” pendant with rose cut moonstone. 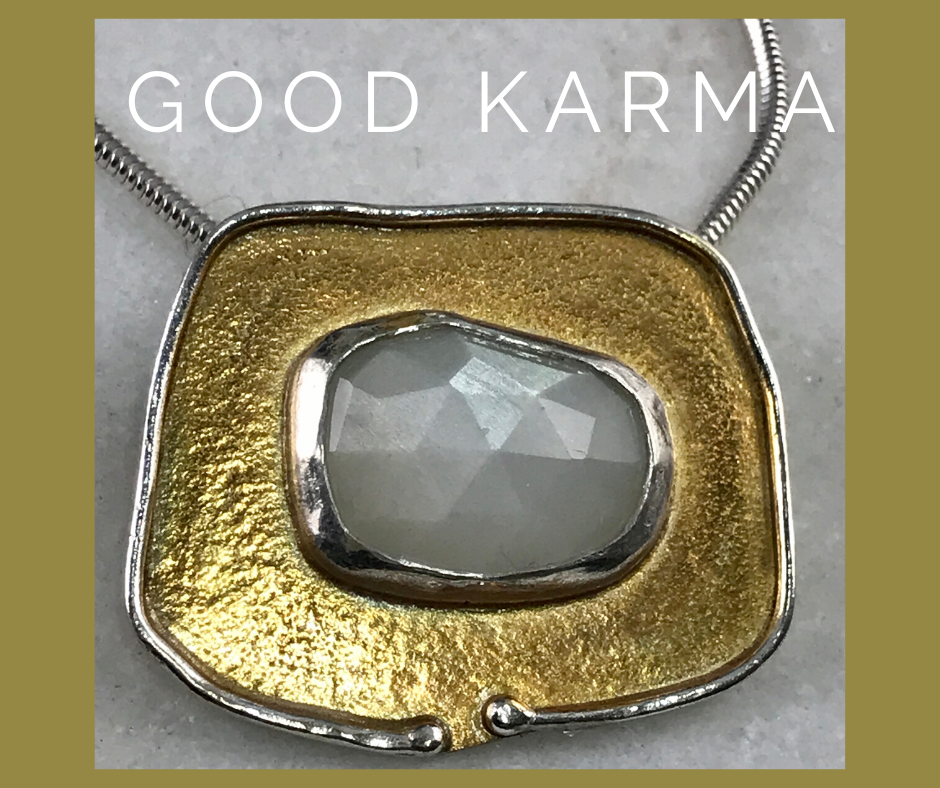 Email Me To Get Your Good Karma Pendant

She is both sun Goddess who welcomes the rebirth of spring and the fullness of summer and winter Queen who protects the seeds.

The daughter of a High King in Ireland, Cormac mac Airt. Her name means grain and sun. She is part of the triple goddess formed by herself and her two sisters, Fenne and Aine. She was also a master herbalist and rules herbs, knowledge, the sun and fire.

The Celtic people call on her to help with their dreams, desires and personal power.

She is best known for her elopement with warrior Diarmuid. Engaged to another, Grainne met Diarmuid at her engagement party. She instantly fell in love and the two ran off together. After many years on the run, a boar charged pregnant Grainne. Diarmuid wrestled the boar to the ground killing it with his sword but not before the board gored Diarmuid, fatally wounding him.

Feel the sun power of Goddess Gráinne pendant and earrings! 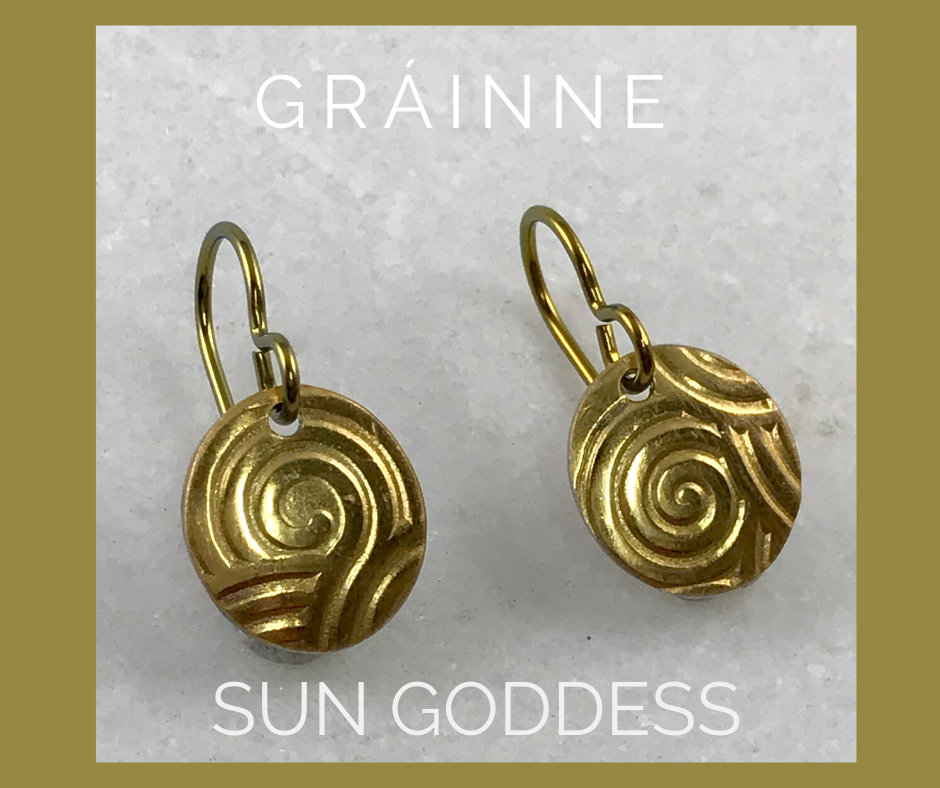 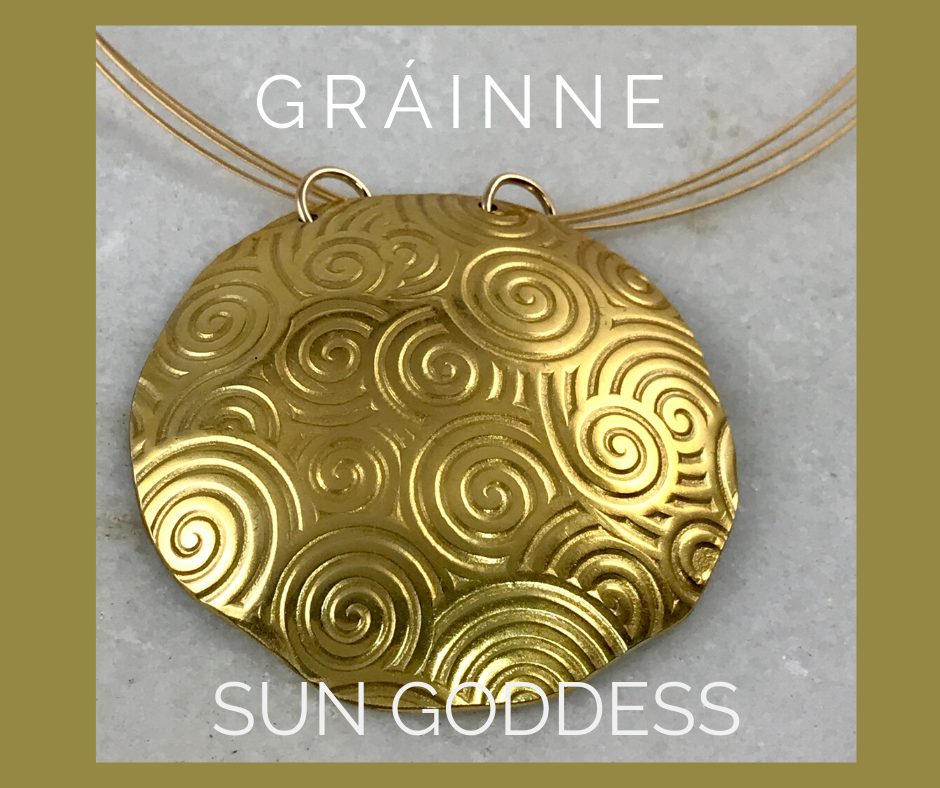 Email Me To Get Your Goddess Grainne Earrings & Pendant

Wear My Symbolic Irish Jewelry During The Season Of Light & Growth

All pieces are lovingly handcrafted in my Vermont studio!

Did You Get My Secret Guide To Irish Symbols?

I Hope You & Your Family Are Safe During This Very Difficult Time? If You Would Like To Continue To Support Me You Can Purchase My Jewellery, Give Someone A Gift Card & There's Now FREE SHIPPING With Every Order. Sending Healing Prayers! Love Deirdre xo Dismiss