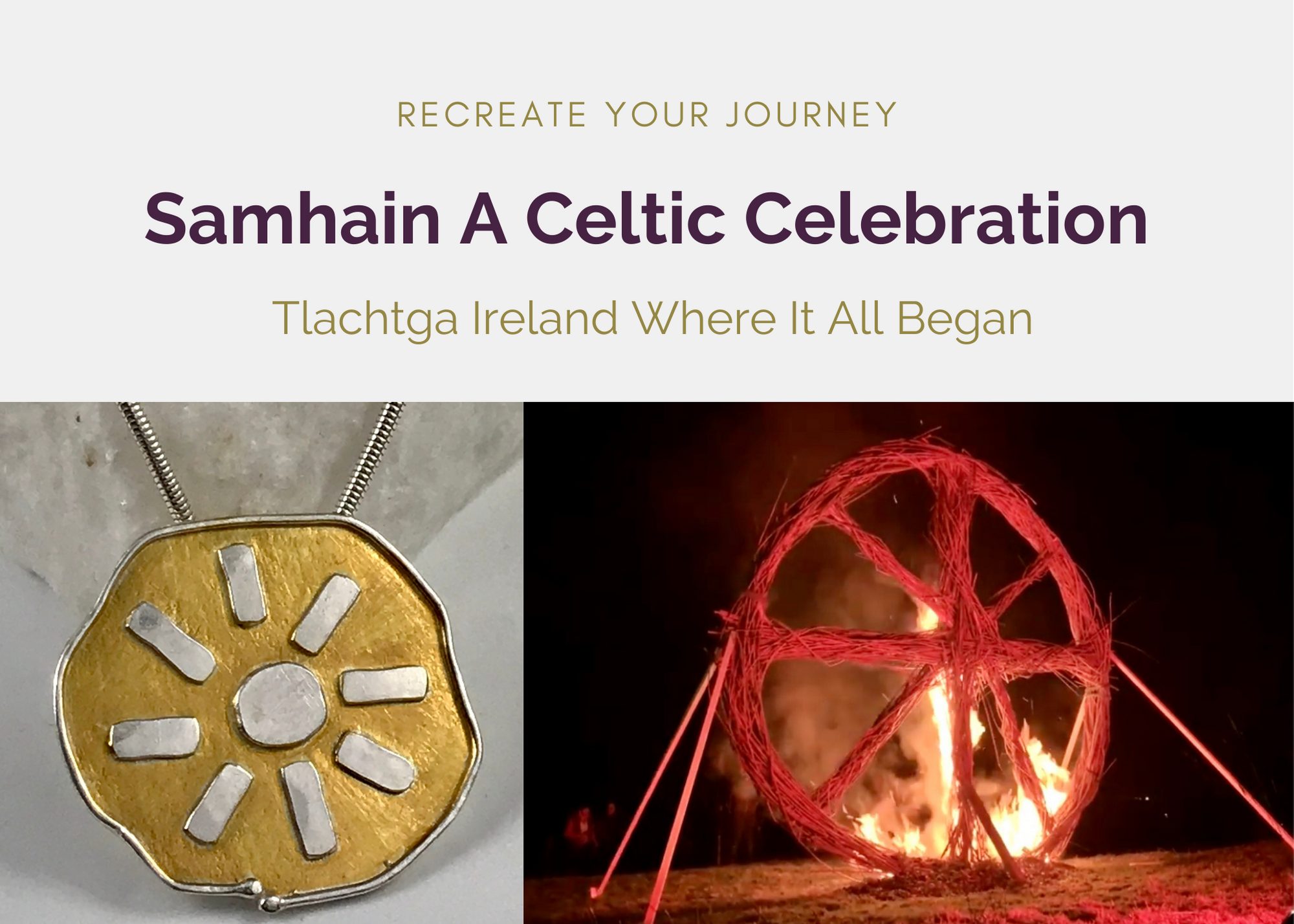 Samhain honors the end of the harvest season and the preparation for winter.

For me this is a time when I am able to reflect on the year. What a year this has been. The past eight months have been a time of turbulence, loss and uncertainty. Where it seems the dark has overshadowed the light.

As I prepare for winter, I am taking the time to envision the changes I can make to bring more light and compassion into my life and into the world. I am calling upon my ancestors for guidance and wisdom as I search deeper for meaning and understanding to embrace the future with all of its darkness and light. 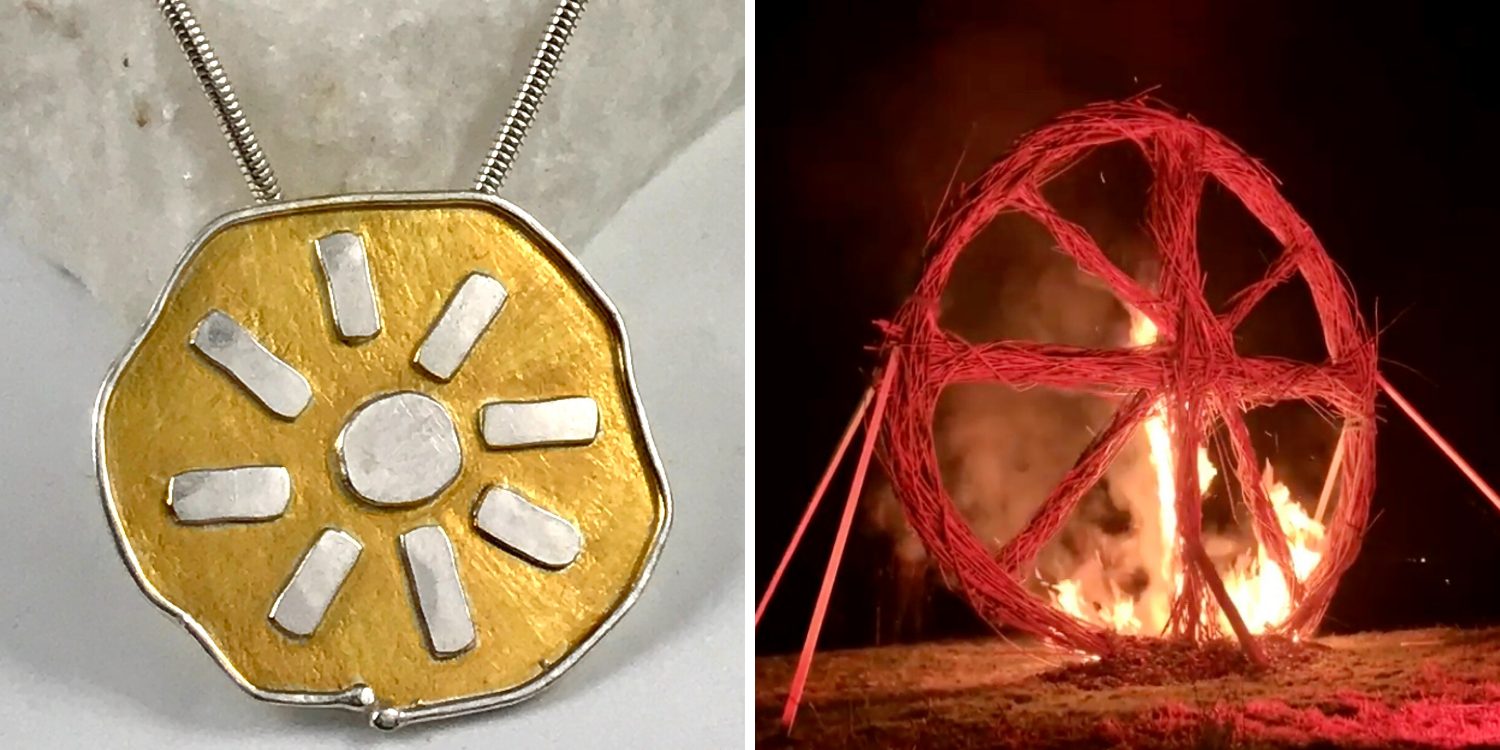 Email Me To Get Your Celtic Wheel Pendant

The Spirits Of The Dead Are Close At Hand During The Ancient Celtic Festival Of Samhain In Ireland.

The Hill of Ward or Tlachtga is where the first celebration of Samhain happened in and around the circular mounds and banks built around 400-500AD. There are stories of the area being crowded with horsemen and families making their way to collect embers from the sacred bonfires to light their winter fires for the coming season. 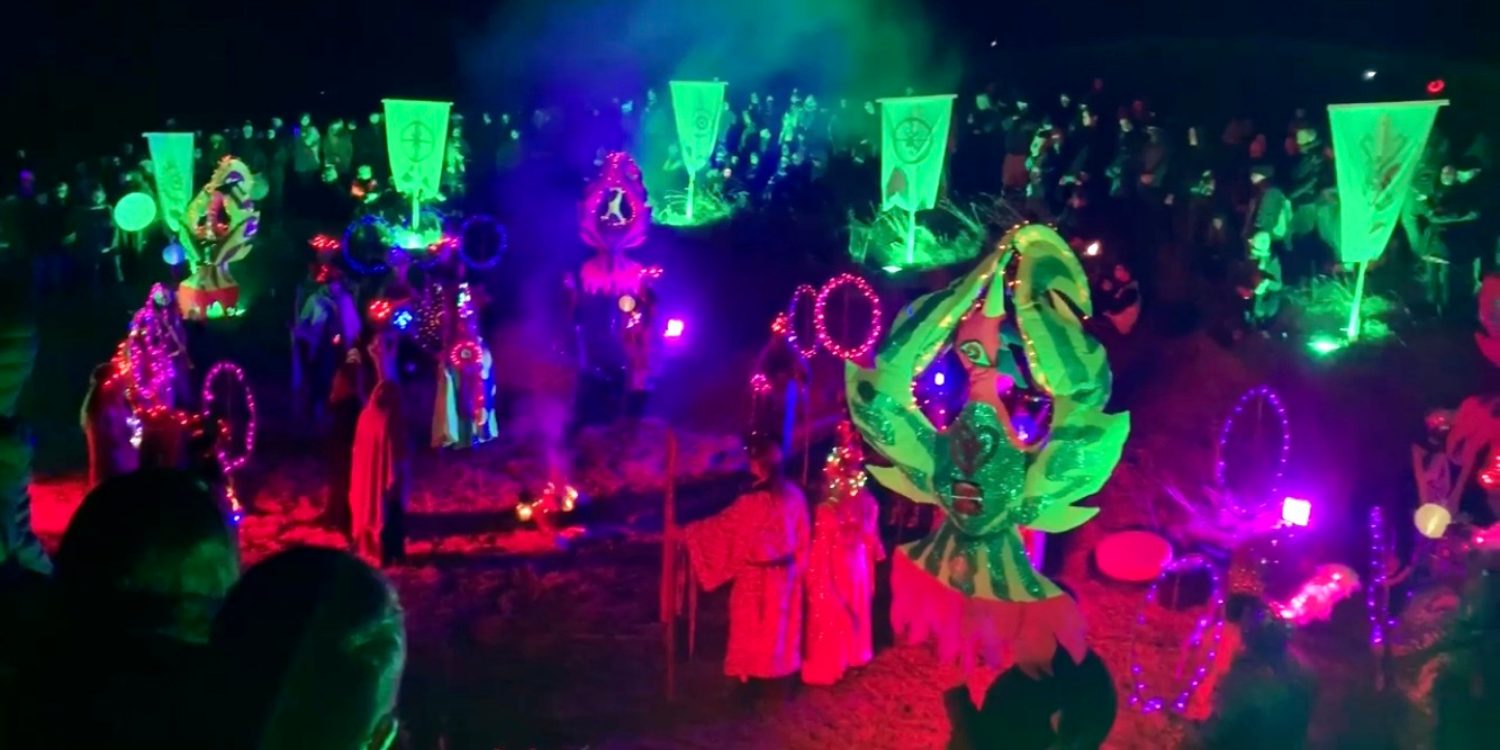 Today in Ireland the tradition is continued with feast, music and celebrations at Tlachtga on Halloween or Samhain. This is a time when the walls between heaven and earth are believed to be at their thinnest and communing with the dead is easiest. Here we call out the names of the dead to be remembered, we remember all the peoples of the world and we help their souls to travel across.

My father Michael Donnelly was from Athboy which is just around the corner from Tlachtga and communicating with him here is a special gift.

Allow All Of The Magic And Wisdom To Ripple Out Into The World From This Sacred Centre Tlachtga, Place Of The Milky Way.

In the Celtic New Year calendar, Samhain marks the end of the harvest season and the beginning of winter or the dark half of the year.

Celebrated from sunset on October 31 to sunset on November 1 it is about halfway between the autumn equinox and the winter solstice. Ancient Celts also celebrated it as the Celtic New Year.

It was a time to gather with family, friends and the community. Signaling the beginning of winter and the spiritual significance of death and rebirth.

Shed, Release And Recreate Your Journey. 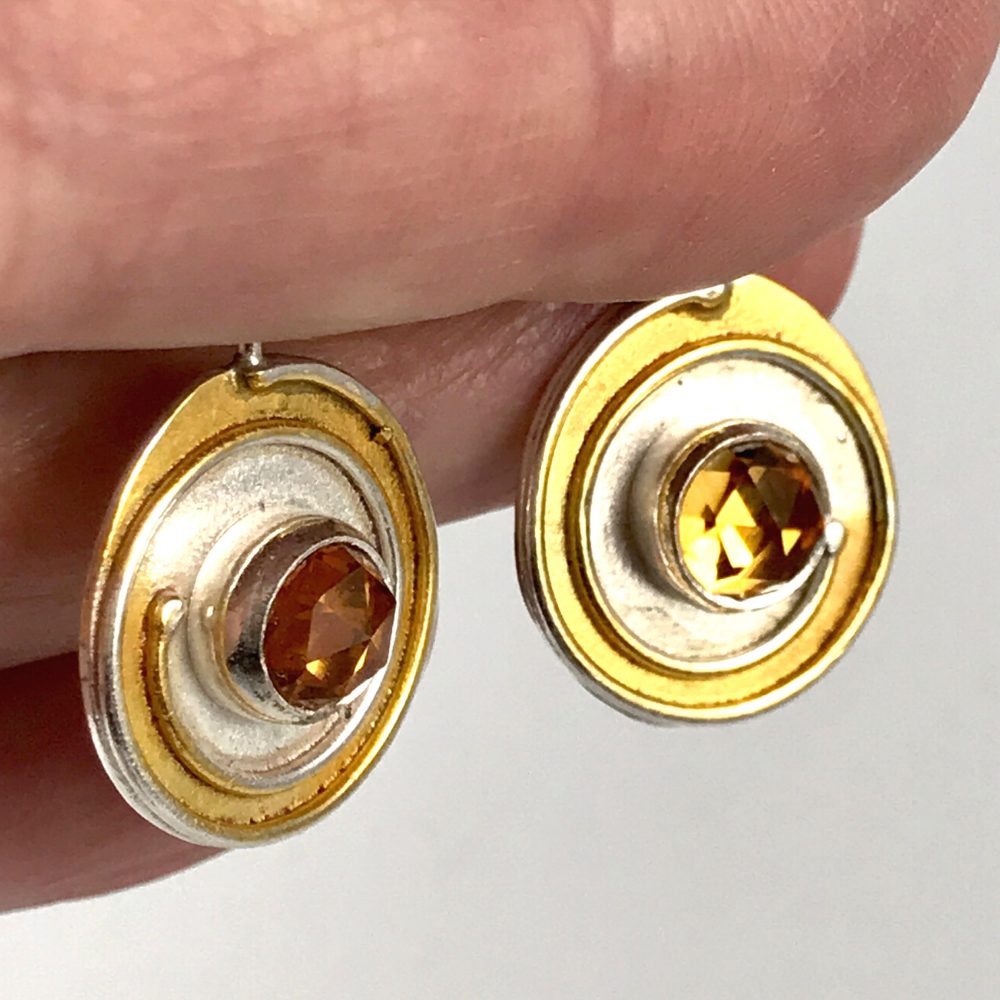 Email Me To Get Your Woman's Journey Earrings

Halloween originated from the ancient celebrations of Samhain.

It was the time of year when the barriers between the physical world and the spiritual world dissolved allowing the dead to cross over and mingle with the living.

Costumes were worn to honor the dead or for protection from evil spirits. The first jack-o-lanterns made from turnips or beets had faces carved into them to scare off spirits.

It was a time to honor family ancestors who had died. The spirits were honored and invited into the family home.

Christian missionaries adopted some of the Samhain traditions and created their own holidays; All Hallows’ Eve also known as All Saints Day followed by All Souls Day.

Release And Let Go Of Negative Energy. Gain Insight From Our Ancestors.

Wear The Spirits Pendant And Earrings To Gain Insight 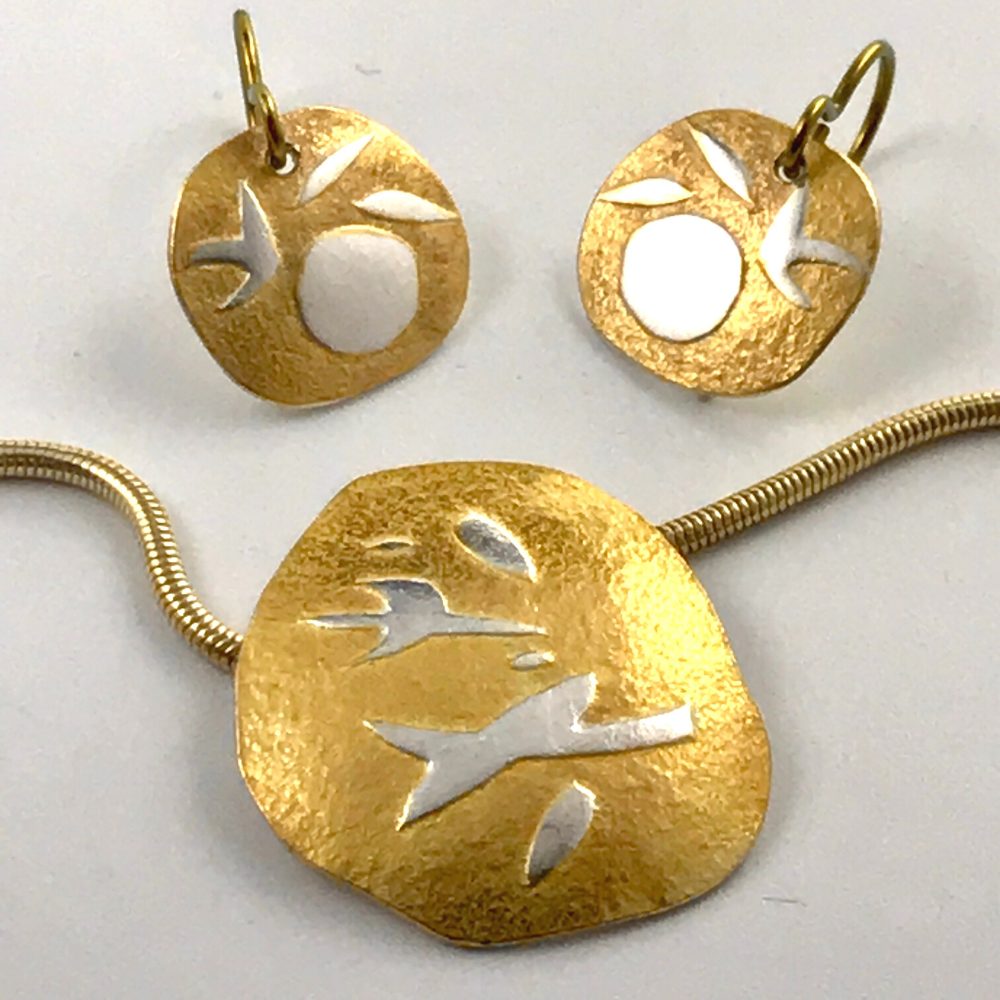 Email Me To Get Your Spirits Pendant & Earrings

To celebrate Samhain sacred bonfires were built the evening of October 31 and kept lit throughout the following day.

These bonfires symbolized the end of the year and were believed to keep evil spirits away and to ward off bad fortune. The smoke from the bonfires was believed to have cleansing and blessing powers.

After the festival the Celts re-lit their home hearth fires from the sacred bonfires for protection, light and warmth during the coming winter months.

In Ireland, there are four fire festivals to mark the change of the season. Samhain is an important one as it is the start of the dark half.

In ancient Ireland, the beginning of Samhain was marked by the Great Fire Festival at the hill of Tlachtga. The fire on Tlachtga was visible from the Hall of Tara, the primary ceremonial center of Ireland.

Renovate, Examine And Re-Organize Your Life And Home. Release What You No Longer Need.
Celebrate Renewal And Transformation With The “Tlachtga” Prehnite Earrings 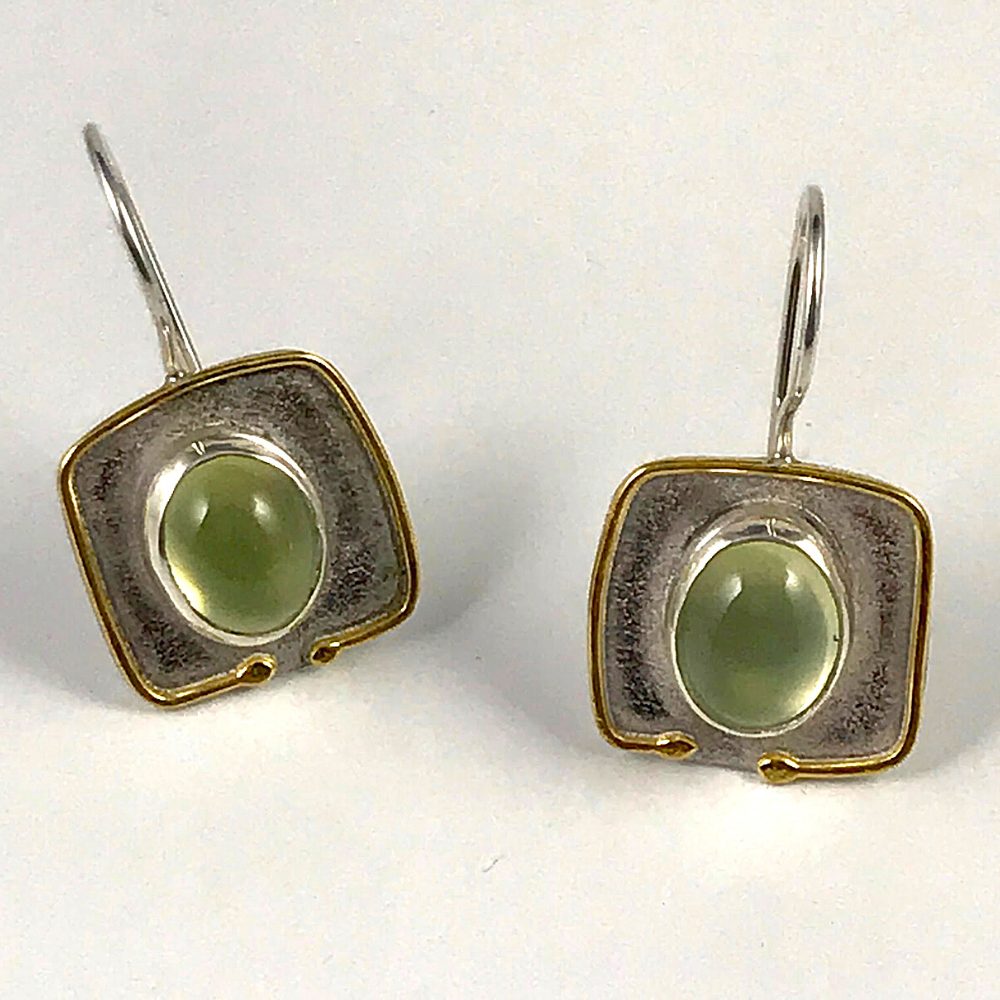 Email Me To Get Your Tlachtga Earrings

The spiritual rituals of Samhain were based on transitioning from the light of the harvest season to the dark of winter.

The spirits of deceased loved ones were treated with high regard. Large meals were prepared and seats left empty at the table so their dead ancestors could visit with the living relatives. Unfriendly spirits were treated with fear.

A time for remembering and paying respect to the dead.

Coinciding with the end of the growing season and the beginning of winter it is a powerful time for spiritual cleansing. Bringing closure to grieving and what has been lost. Evaluating what has been learned and the journey ahead.

The celebration of a new spiritual year and renewed communication and guidance from ancestors.

Reflect On Your Life, Strengthen Your Intuition (Goddess Danu) And Access Deeper Levels Of Self-Love.

Summon Your Spirit Guide With These Pale Blue Topaz Earrings 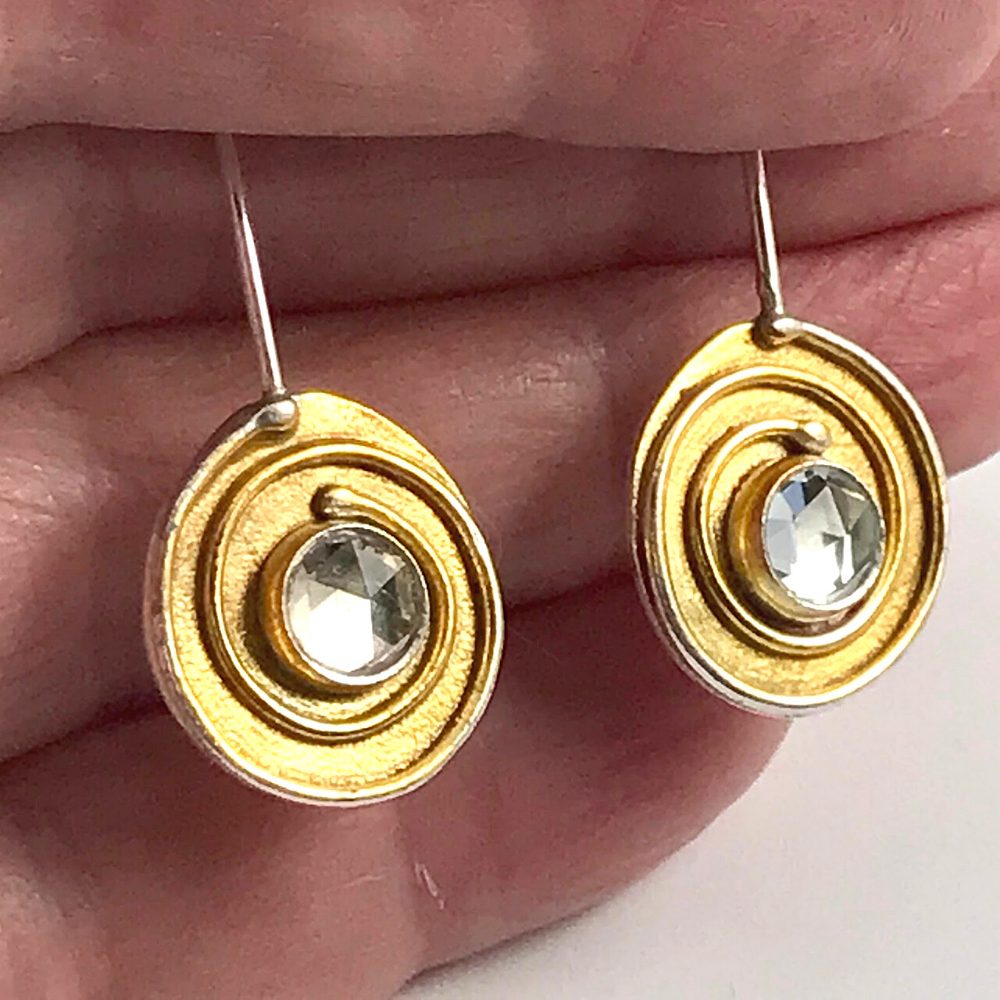 Email Me To Get Your Spirit Guide Earrings