Symbolic Irish Jewelry Connecting You To The Magic of Newgrange Ireland 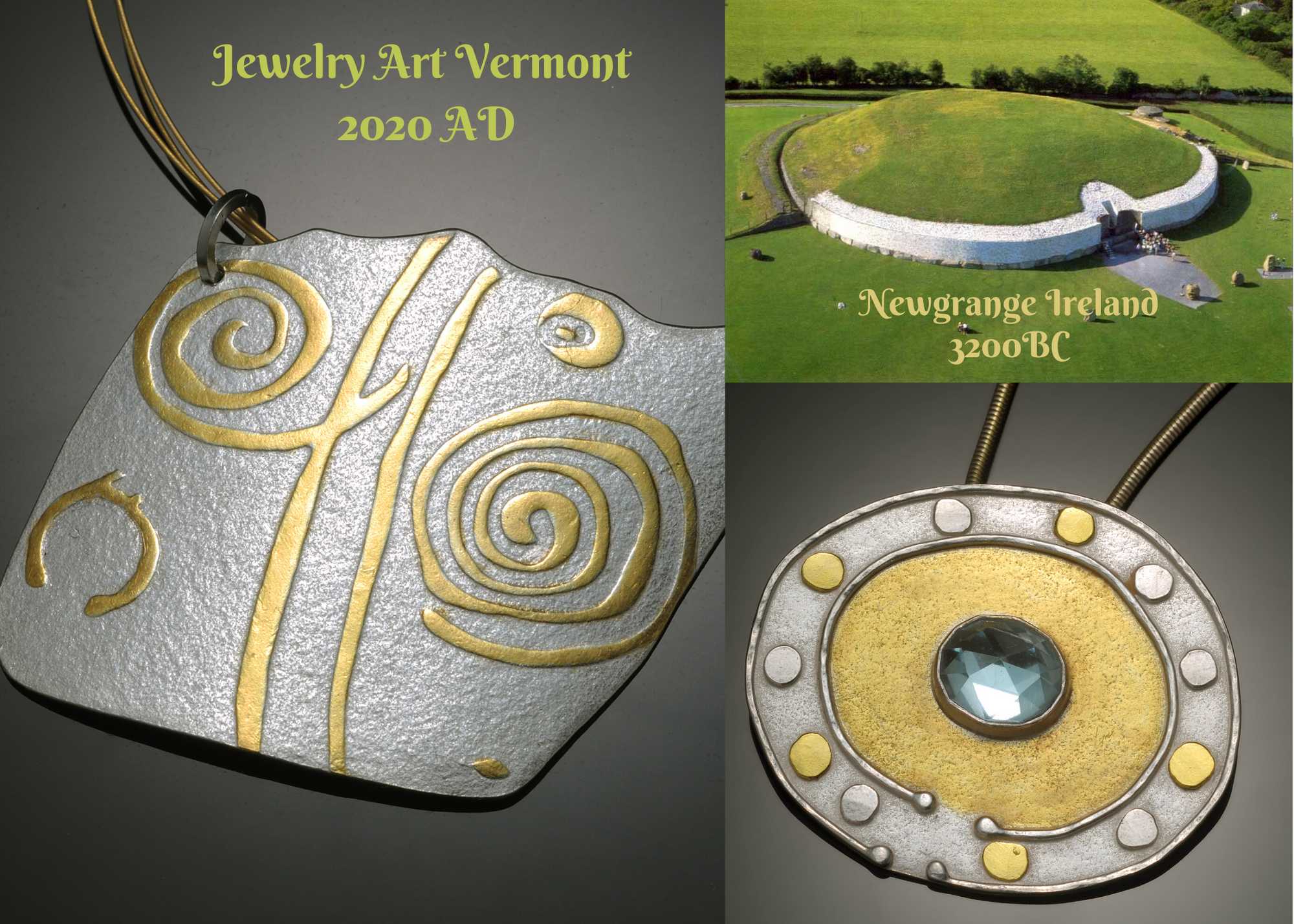 Symbolic Irish Jewelry Thats Connects You To Newgrange In Ireland.

There are hundreds of passage cairns or Sídhs built in Ireland and all over Western Europe, the biggest ones and the ones with the most art are in Co.Meath just north of Dublin.

At the entrance to the passage at Newgrange is the magnificent “Entrance Stone” with master carvings done by a Stone Age master carver(s) all with a pointed rock. 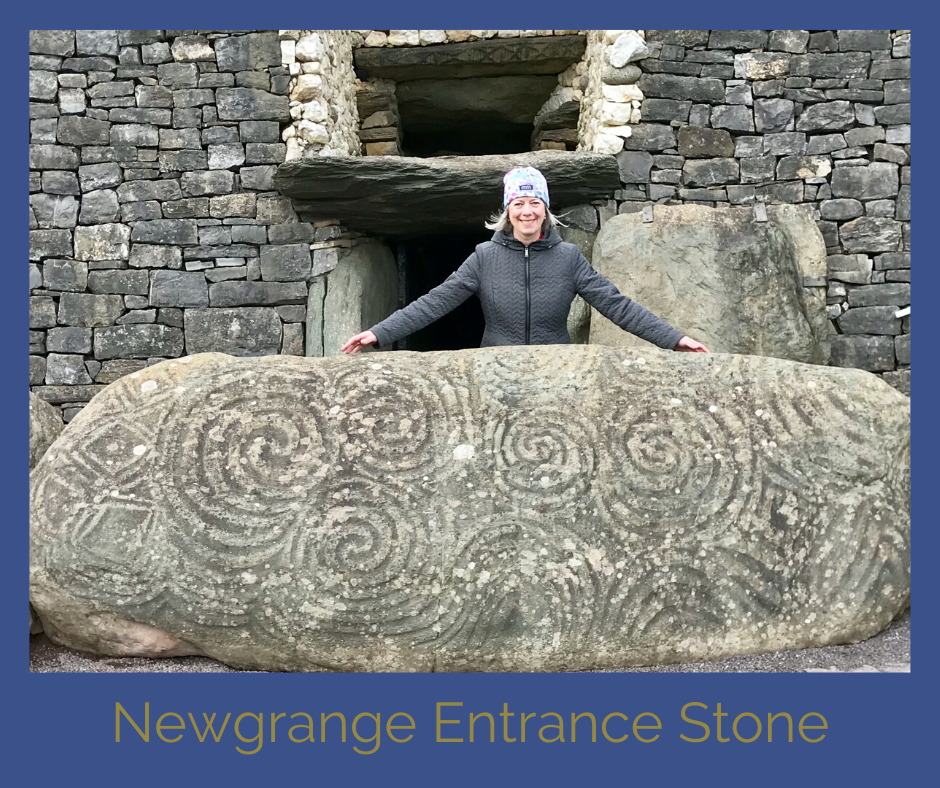 The sun touches the Neolithic sites of Ireland in truly a divine way during the eight most important days of the year, the solstices, the equinoxes and the four cross-quarter days.

…it has been said that the people built these mounds so that they could reach heaven. 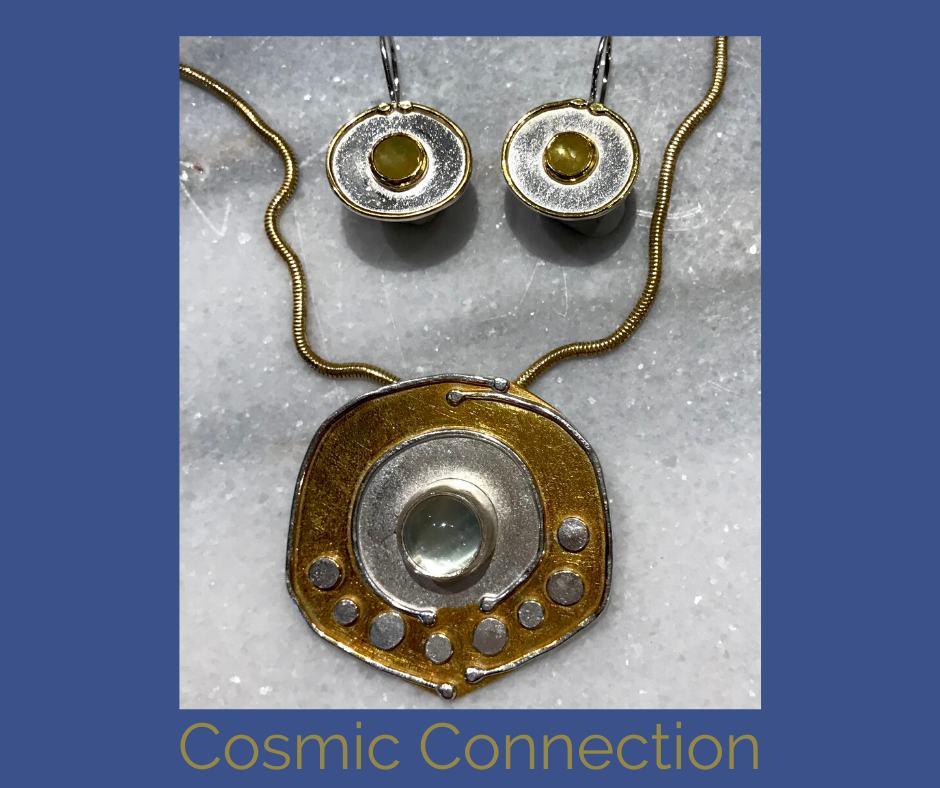 Email Me For Cosmic Jewelry

Newgrange is built on top of a massive energy vortex where the magnetic ley lines cross each other.

It is this energy that booms out and makes me stop in my tracks as I drive to visit Newgrange each year. So much so that I have to get out and absorb the power, feel the magic of this “Sídh” or “Wonderful Palace”.

In mythology it is where no one ever dies, the land of the forever young or “Tír na Nóg”.

Feel The Magic of Newgrange when you wear this pendant in silver, 22k gold and rose cut topaz…

Email Me For Magic Jewelry

Newgrange in ancient Irish mythology was called “a fairy palace of Oengus on the Boyne.

One of the first inhabitants of this “wonderland” was Elcmar who was married to Boand, the divine persona of the river Boyne.

In mythology the river Boyne was considered the origin of all wisdom and occult knowledge.  There is a well close by that once every seven years would release it’s “bubbles of mystic inspiration “ into the river.

Connect to all wisdom with the “ Boand” Earrings in silver, 24k gold and london blue topaz… 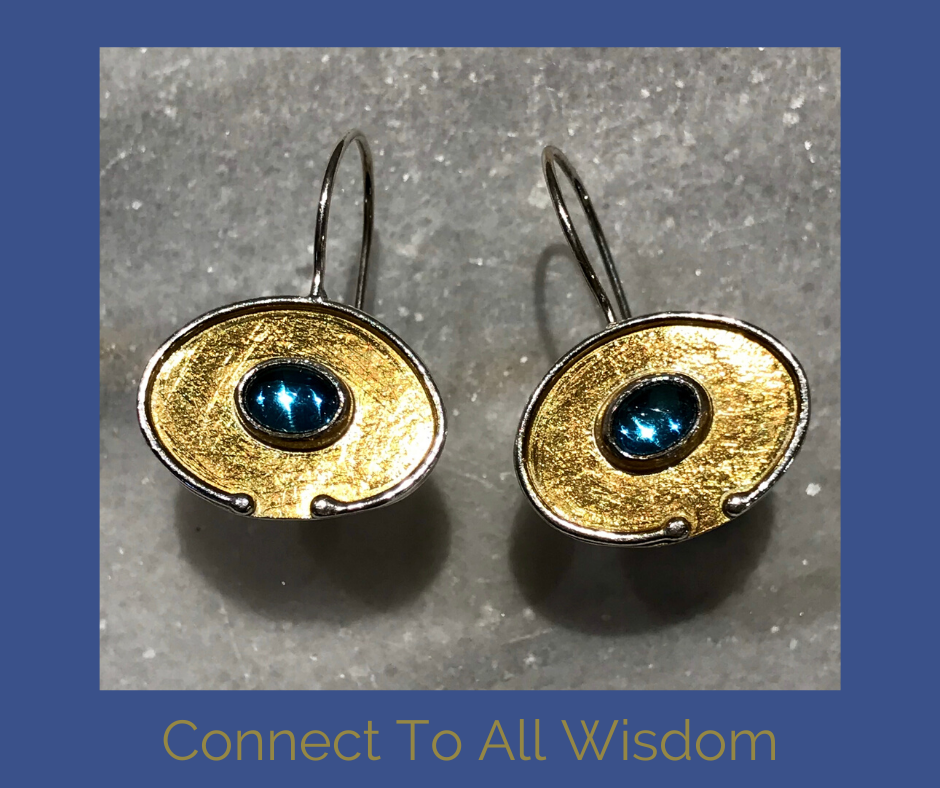 Email Me For Wisdom Jewelry

The next inhabitant of the Brú or Sídh, magical dwelling place of the gods, was Dagda.

He was the  god of wisdom or the sun god who lays with Boand and from their union Oengus is born. The name most often associated with Newgrange is the Brú of Oengus.

Clearly from early mythology these places were never considered as tombs but rather the sacred dwellings of the gods.

The more research I do on ancient sites the more I am coming to the conclusion that they are not just tombs – they were used as tombs later (although I don’t have proof of this!)…

Why do they always display magnetic qualities, resonant qualities, there is more to these monuments than what we’re told.

I believe these people were aware of energy, as Nikola Tesla said “If you want to find the secrets of the universe, think in terms of energy, frequency and vibration”.

My grandfather was a dowser who found not only  the “energy” lines of underground water but also was able to dowse for the energy of missing children using this ancient art.

I believe and may be ridiculed for my belief that the ancient people were very aware of energy and could feel and see it more so than we do now. 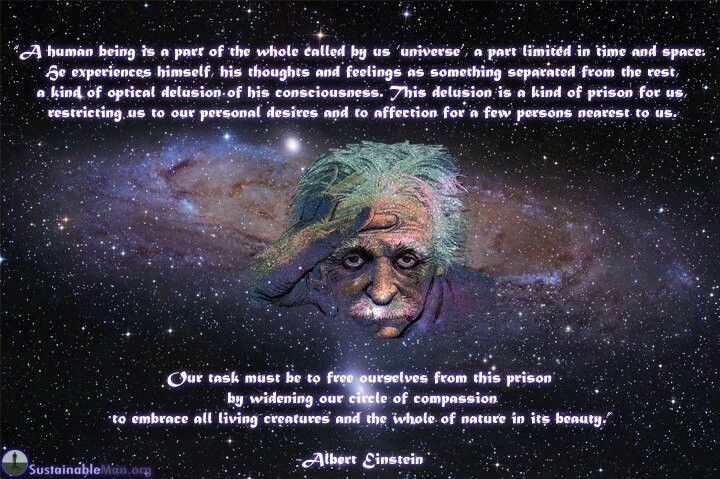 It is not coincidence either that I have gone through a journey of Lyme disease for which I’m grateful as it has led me into the world of quantum physics that my ancient Irish ancestors understood.

Ultimately I am almost healed because of energy medicine. In fact I am trained in Biomagnetism, Reiki and other forms of energy healing. I’m happy to share how I healed from Lyme if you contact me, and perhaps soon I will write a blog about this wild journey leading me from being a hundred percent western med veterinarian to the opposite belief in “alternative” medicine.

Divine magnificence is the thought that comes to my mind when I think of Newgrange.

It is a part of what it means to be Irish. This identity is carved in stone by our ancestors, so we can walk in their footsteps.

Discover The Power Of Newgrange When You Wear My Jewelry 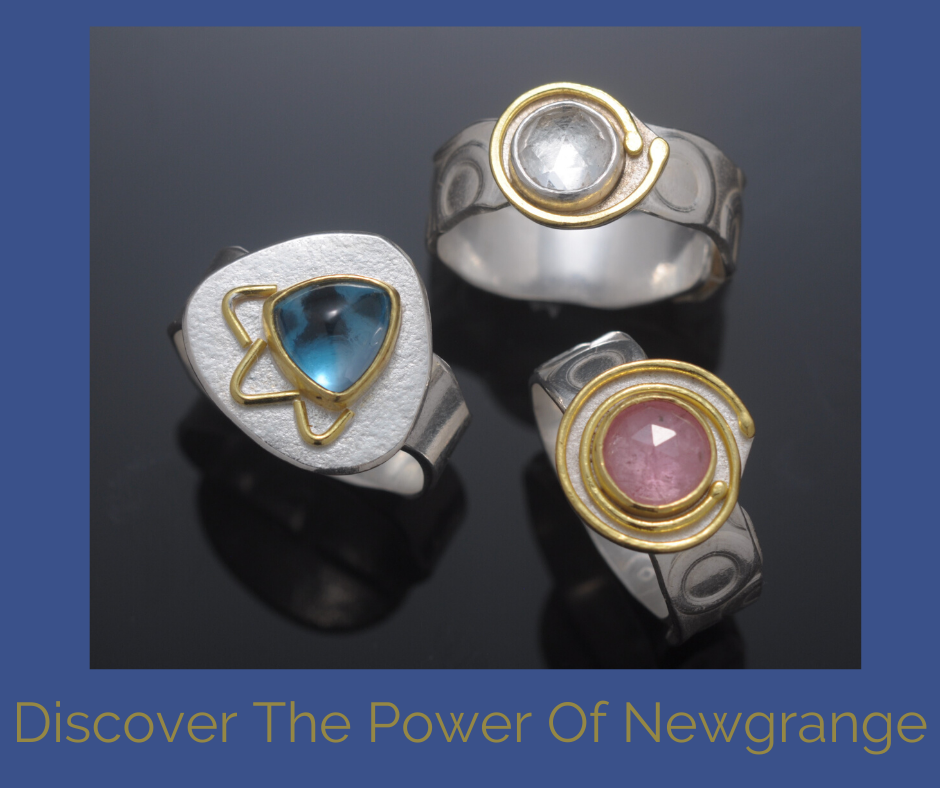 To the waters and the wild

With a faery, hand in hand,

For the world’s more full of weeping than you can understand.”